By the mid-1930s, the majority of the work produced was ecclesiastical but there was beginning to be a demand for civic pieces including presentation cups and domestic items, which ranged from candlesticks to teaspoons to tea sets. Whilst the majority of the church work was crafted in gold, most of the domestic and civic pieces were made in silver.

At the outbreak of World War Two, both George’s sons joined up; both returned to the Workshop following demobilisation. In 1950 the pull of the countryside and the outdoor life was such that George Philip decided to pursue a career as an agricultural engineer. Henry stayed and began to take the leading role at the Workshop. However, like his Father, he also pursued farming interests 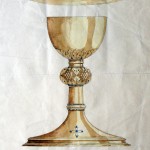 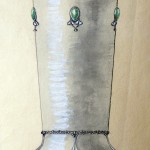 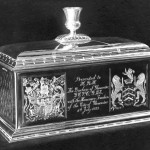